A social network analysis of the Italian Twittersphere aimed to understand relationship between top twitter users, the ones with at least 100,000 followers [inspired by Twitter and published by Wired Italia, October issue]. For each of them I’ve detected the follower/following relationships (as end of August 2013).
In this way I’ve got 10,249 edges, then analyzed with Gephi. You can search for a twitter account and navigate the map below or in full page (thanks to Raphaël Velt). 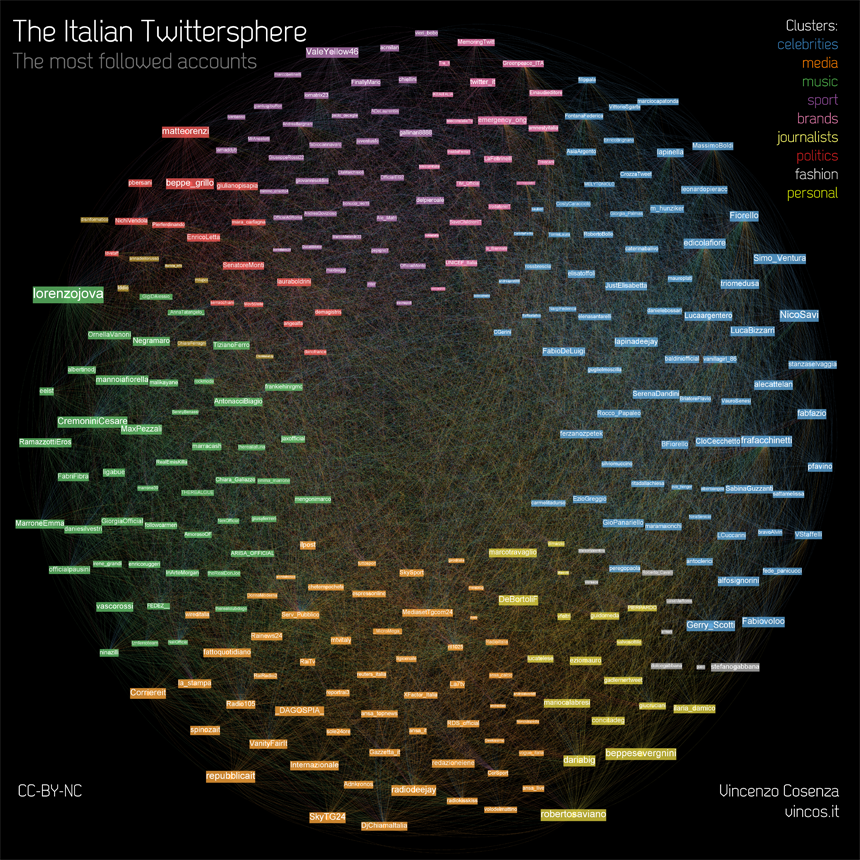 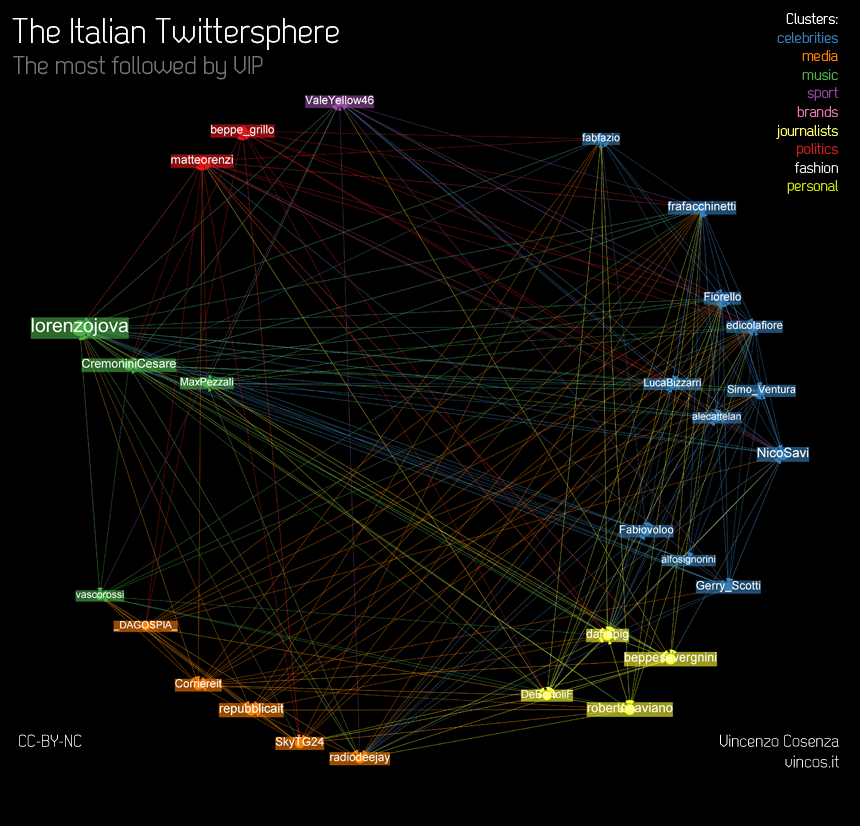 Homophily between clusters is strong except for media outlets that are not obsessed by competitors, preferring to follow VIP. Journalists follow their colleagues and politicians. Politicians follow peers and media/journalists. 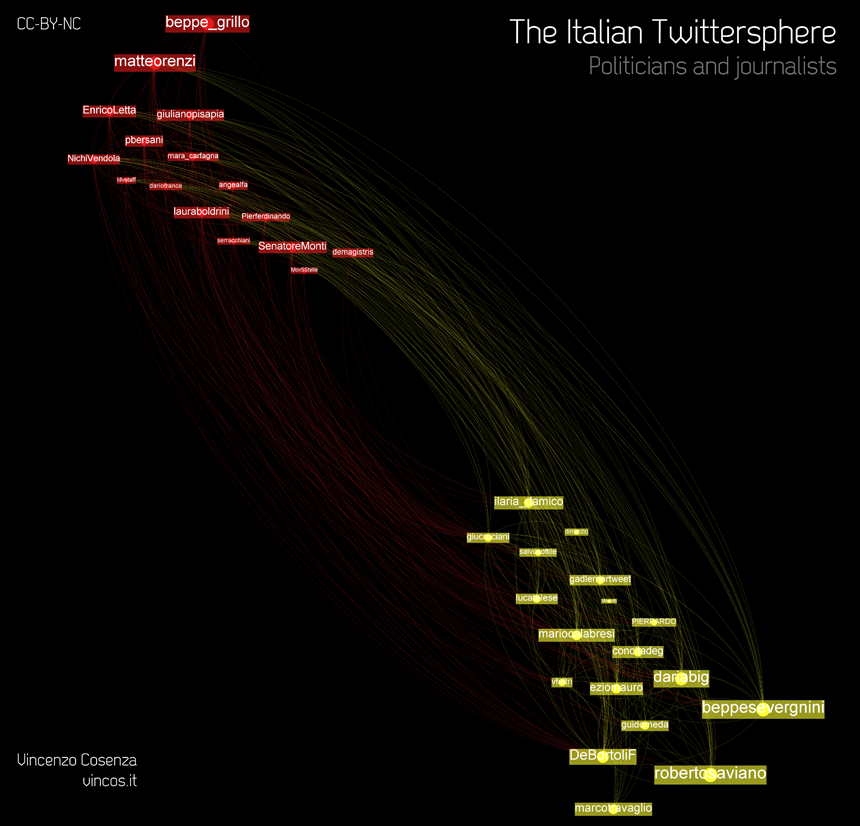 Below the star system network where athletes, musicians and celebrities follow each others plus their peers. 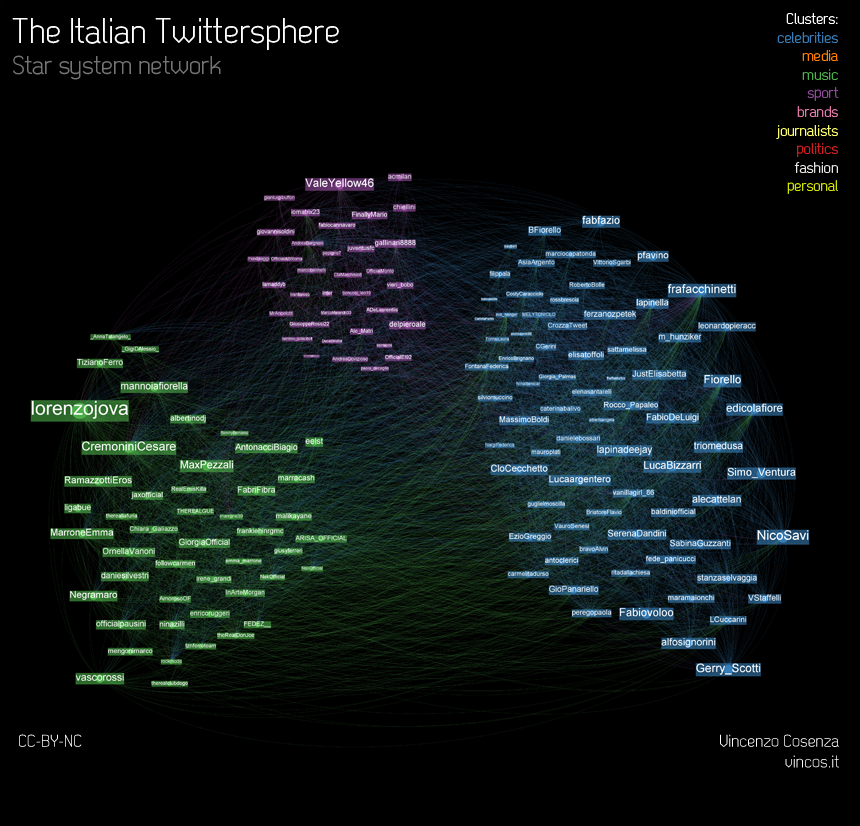